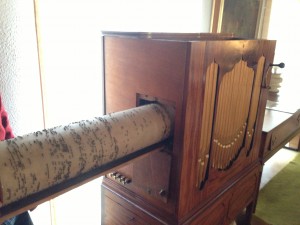 I hold a DMus (Doctor of Music) from the Guildhall School of Music and Drama. The focus for my thesis is the ornamentation and stylistic features found in english mechanical musical instruments from c1730-1810 and their role in the study of historical performance style

During my research, I made the first ever complete recording of an important and miraculously preserved Barrel Organ in the Colt Clavier Collection in Kent which is provided the basis of much of my work. I also examined so called ‘flute-clocks’, produced in England throughout the eighteenth-century and also other Barrel Organs, including one taken by Sir William Parry on his voyages to the Arctic. Some of these had close connections to extremely well known composers such as G.F. Handel and shed fascinating light on the performance style they would have encountered. 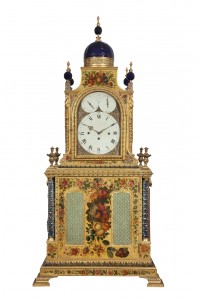 I also convened a conference held at the Guildhall School of Music and Drama as a joint event with NEMA and the Guildhall’s ResearchWorks department. This was held on 7th and 8th July 2013 and focussed on ‘Mechanical Musical Instruments and Historical Performance’.

I regularly speak at conferences and have a busy schedule as a visiting lecturer in the subjects or ornamentation, wider performance practice and theatre music of the 16-18th centuries.